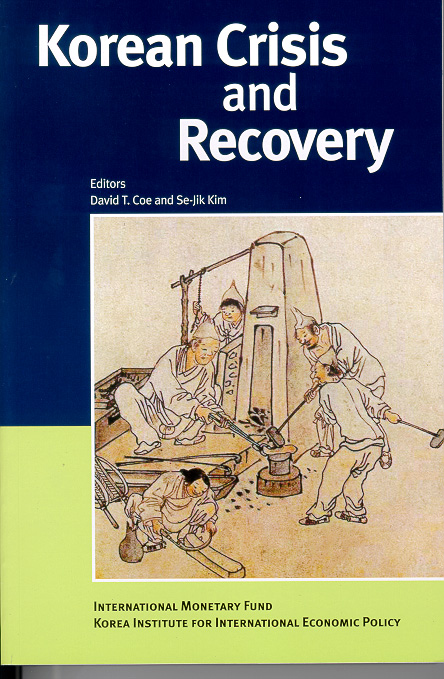 이 책은 1997년 말 불어닥친, 한국 산업화 이후 최악의 경제위기 및 이를 극복하기 위해 한국이 IMF프로그램아래 실시한 여러 경제정책들에 대한 최초의 본격적인 평가서이다. 이 책이 나오게 된 배경, 과정 및 취지는 다음과 같다. (생략)
Four years after the outbreak of the Asian economic crisis and three and one-half years after the beginning of the IMF program with Korea, the International Monetary Fund (IMF) and the Korea Institute for International Economic Policy (KIEP) jointly sponsored a conference on the Korean crisis and recovery. The conference was held at the Shilla Hotel in Seoul on May 17-19, 2001.The objective of the conference was to distill lessons from the Korean economic crisis and recovery, and the policies adopted by the government with support from the international community. The timing of the conference, coming after the three-year Stand-By Arrangement with the IMF ended on December 2, 2000, and following two years of remarkable economic recovery from the crisis, seemed appropriate for such an assessment. The conference brought together Korean and non-Korean economists with Korean policymakers and IMF and World Bank staff, some of whom were involved in designing and implementing the Korean program. Holding the conference in Seoul, with broadly equal participation by Koreans and non-Koreans, was considered essential to ensure that Korean perspectives on the crisis were well represented.
Contents

3. What Have We Learned from the Korean Economic Adjustment Program? / Cho, Yoon Je

8. The Korean Labor Market : The Crisis and After / Kim, Dae Il

10. Economic Growth in East Asia Before and After the Financial Crisis / Robert J. Barro