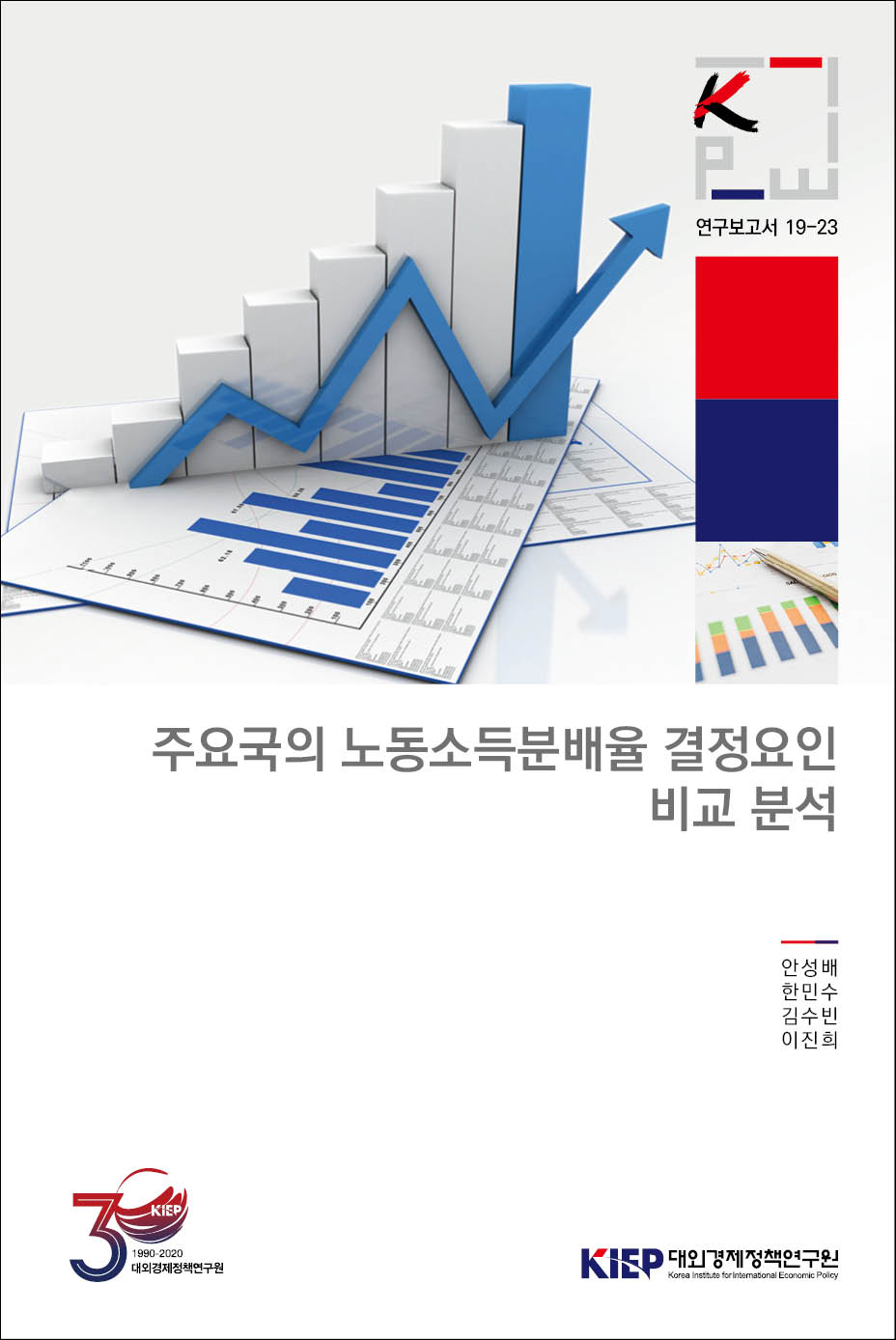 The decline in labor share is recognized as a global phenomenon. Concerns have been raised that this trend will exacerbate the income inequality between business owners as capitalists and households as the labor suppliers, prompting a decline in household income and consumption, which are major driving forces for sustainable growth. Meanwhile, various policy measures have been introduced to raise the labor share, with the aim of correcting inequality and boosting growth. This study explores the determinants of labor share and analyzes the effects of these factors on the economy and social welfare, offering various interpretations and policy alternatives according to economic conditions.
Chapter 2 shows the difficulty in measuring the labor share, which is defined as the share of labor income in the national income. The measurement of labor income is an issue of particular controversy due to differing opinions on how to handle the self-employed, that is, the separation of labor income from self-employment income. Under- or over-estimation of the labor share is rooted in this difference. Details must be taken into account when interpreting the results, as the possibility of transmitting wrong signals cannot be ruled out under the current policy framework.
In Chapter 3, the effects of globalization on the labor share is examined using a  panel data analysis. Trade openness, foreign direct investment, and international investment position are considered as proxies of globalization. The estimation results confirmed the followings. First, the labor share declines with the advent of globalization, and trade openness has greater effect than foreign direct investment. However, the expansion of international investment has little impact on labor share. Second, the labor share is found to be more affected by globalization when the income of the self-employed is considered. Third, expansion of social security funds raises the labor share. As globalization is a mega-trend beyond the control of a small open economy, a decline in labor share should be considered as a by-product. Moreover, redistribution policy can work as an inclusive policy alternative.
Chapter 4 examines the theoretical aspects of labor share. Along with the imperfect competitive structure in the product and factor market, the CES production function is considered in analyzing the impact of structural shocks on the labor share. In this analysis, the effects on social welfare were also identified, including the effects on key macro variables. In a simple static setting with market concentrations and capital-labor complementarity, the labor share can increase with the introduction of redistributive policies such as minimum wage and unemployment benefits. An empirical analysis using the structural dynamic model of Korea shows that the labor share increases as a result of capital-augmenting technological progress accompanied by a decrease in the relative price of investment goods. In contrast, labor-augmenting technological progress lowers relative wages but also reduces working hours, consumption, and the labor share. In this case, however, the decrease in disutility due to the reduced working hours is relatively large and the social welfare increases in the short run. These results imply that social welfare can be reduced while labor share increases. This indicates that not only the components in the national account but also employment market statistics should be taken into account when the labor share is considered as a policy indicator.
Implications for the effects of globalization can also be found in the model. Increasing monopoly power of firms and labor supply, respectively, lead to an increase in price markup and wage markup. First, the opening of the domestic market increases the competitiveness of domestic firms from restructuring such as exiting and merger of marginal firms, which results in higher market concentration. This lowers the labor share through rising price markup in the model and reduces social welfare. On the other hand, when foreign capital flows in due to the opening of the financial market, the pressure on flexible labor market increases, which lowers the wage markup by reducing the labor share.
Chapter 5 concludes with policy suggestions: improving the trade adjustment assistance program, supporting growth through globalization of SMEs, and establishing a fair supplier-buyer relationship in the supply chain.