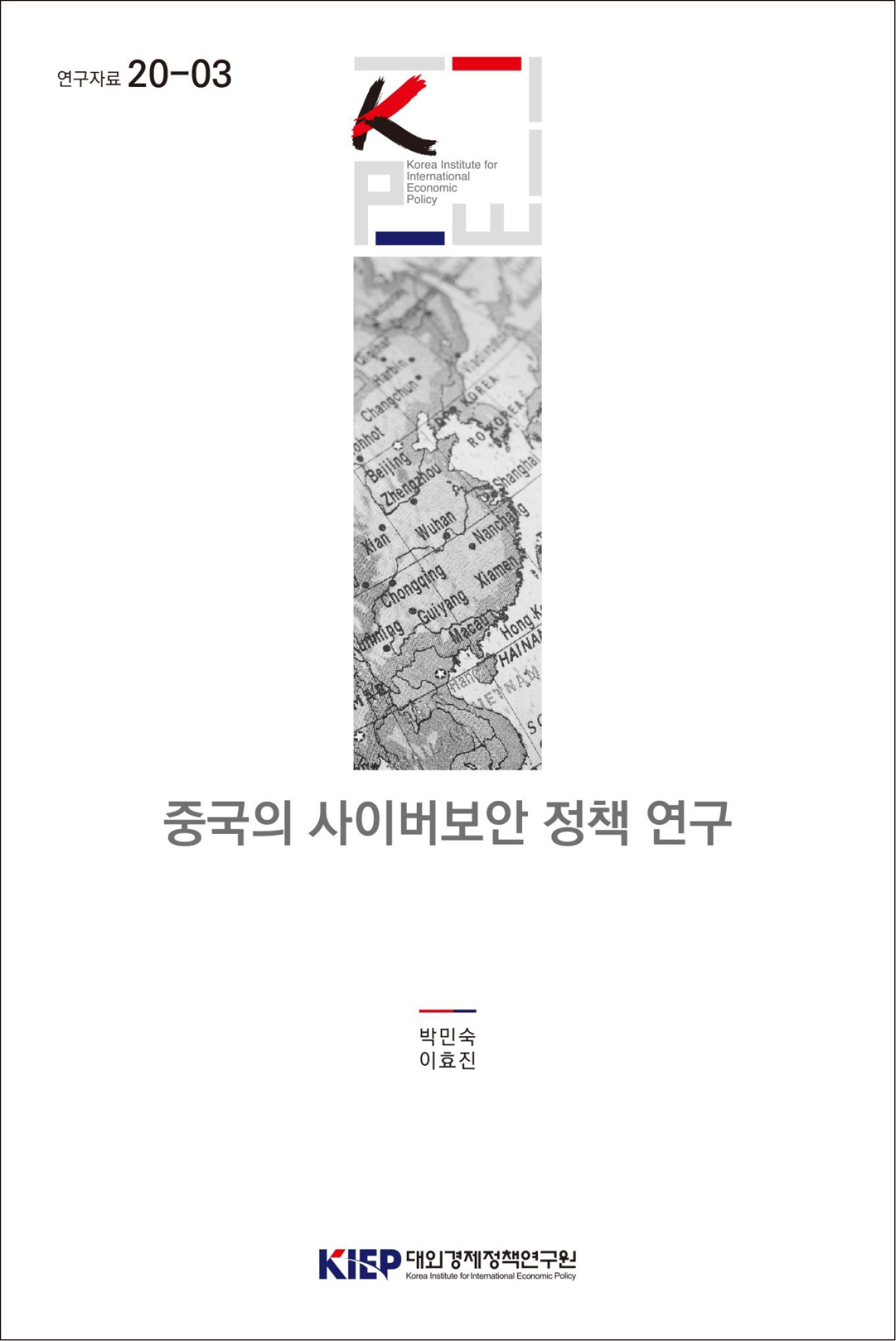 This study examined the Chinese government's cyber security policies and compared and analyzed cyber security policies between Korea and China to draw implications for Korea, recognizing the increasing importance of cyber security worldwide and how the technology hegemony conflict between China and the U.S. continues to intensify.
Firstly, we analyzed the Chinese government's cyber security policies at the national strategic level in Chapter 2. China has implemented information control over cyberspace at the national level to maintain social order. Especially, Xi’s administration has positioned cyberspace sovereignty as a part of national sovereignty, in line with which cyber security strategy is established. In the field of cyber security, international cooperation is required, but there are difficulties arising from the disparity between the regulatory scope and priority areas of cyber security by country. Therefore this study examined international cooperation with major countries in the area of cyber security currently pursued by the Chinese government to identify major issues in the nation’s cyber security strategy. China and the U.S. operate upon different concepts in their scope of cyber security. China is a centrally controlled country that sets the priority of cybersecurity as a matter of “national security,” whereas the U.S. regulates cyber security, focusing on "protecting privacy" based on individual rights and the freedom of expression. On the other hand, Russia operates upon a similar perception of cybersecurity to China in terms of strengthening its national sovereignty in cyberspace, controlling the country's information flow, and applying changes to the international cyber governance system. In the case of the EU, its position varies by individual case.
Chapter 3 analyzed the main contents and features of the recently implemented Cyber Security Act to examine the Chinese government's cybersecurity policy from a legal system perspective. The Chinese government has been announcing follow-up measures to implement the Cyber Security Act since 2019 and strengthen its enforcement power. The Act mandates certification of network security management systems, security grade protection systems, and network security related products and services. In addition, a "safety review" has become mandatory and regulations related to the transfer of personal information and important data to foreign countries have been included in recently announced laws. In order to start information management in earnest, the Cryptographic Act was enacted in 2020, therefore further expanding the scope of regulations on cyber security.
In Chapter 4, we look into the main contents of Korea's cyber security policy and compared and analyzed the cyber security policies between Korea and China. Currently, Korea lacks a cyber security law that covers both the public and private sectors, such as in effect within China. However, based on the national cyber security strategy announced in April 2019, the government announced the “National Cyber Security Basic Plan 2019-2022” in September 2019 and is gradually implementing 100 detailed tasks in areas such as strengthening cyber security, establishing legal systems, and international cooperation.
Based on this analysis of the cyber security policies of China and Korea, we derive the following conclusions for Korea.
It is important for Korean companies to continuously monitor and prepare related systems in order to adapt to changes in the business environment situation where China is strengthening cybersecurity measures to manage internal and external risks. The government should also seek areas that can be supported at the national level. First of all, China's implementation of the Cyber Security Act has made it mandatory for Korean companies to obtain security grades. In Korea, the network security level is a recommended standard, but in China this is compulsory. Hence, Korean companies must independently come up with their own countermeasures in related fields, and government support is also needed to minimize confusion during this process. Next, certification in the network equipment sector has become more complex, and new regulations on personal information and data security are being prepared to take effect. Consequently, related policies and regulations are expected to be announced in the near future. In response, the Korean government should hold regular briefing sessions on related policies for Korean companies operating in China. It is also necessary to consider the ongoing cooperation at the national level and make efforts to further strengthen communication channels.