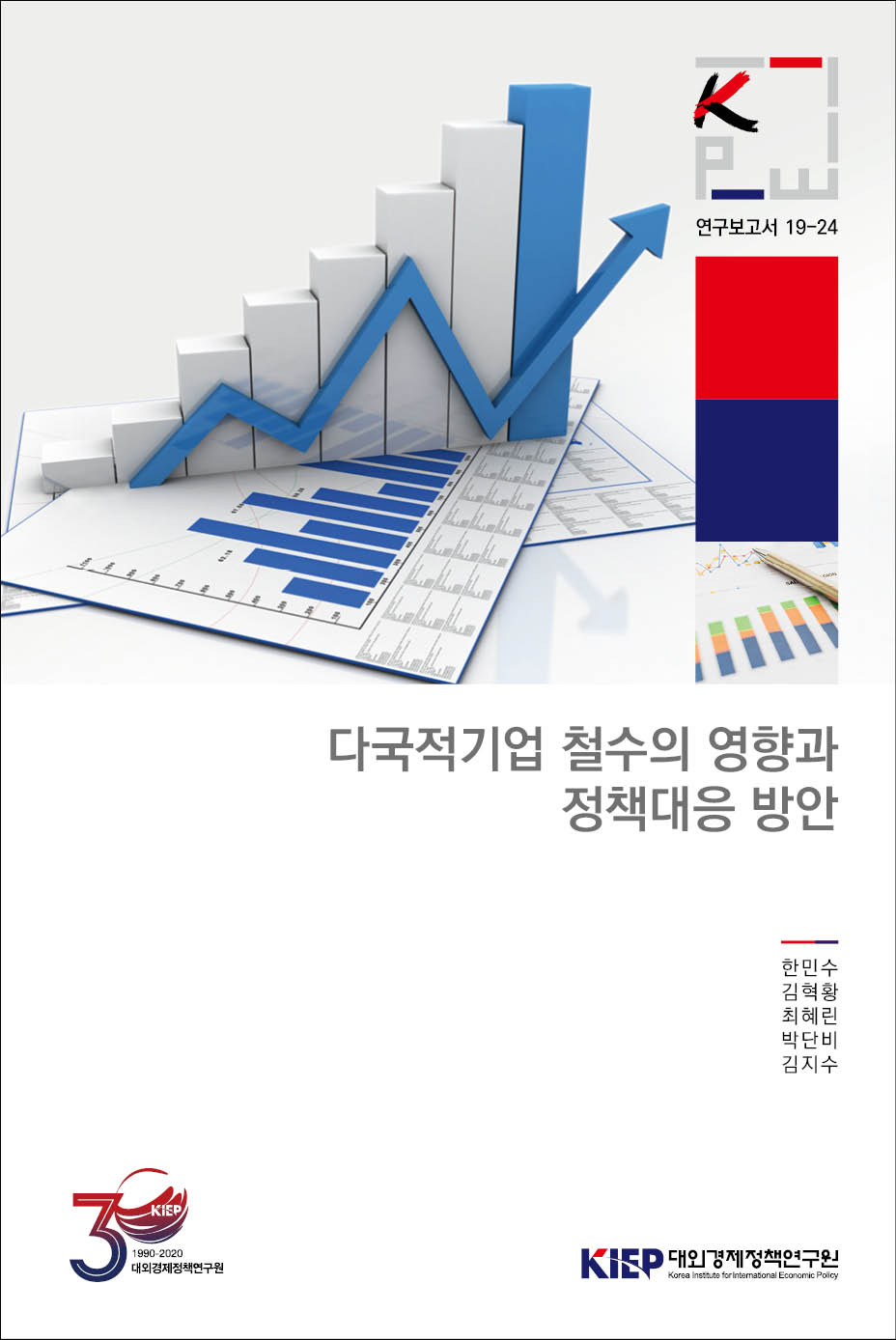 In May 2018 the permanent shutdown of GM Korea’s Gunsan plant heightened social interest in the management of multinational corporations (MNCs). It is now well understood that the biggest concern of MNCs is profitability and they do not hesitate to withdraw their subsidiaries from anywhere in the world. Due to domestic and foreign changes such as demographic changes and the rise of emerging countries such as China and ASEAN, the global economy will see frequent restructuring of the global value chain through the entry and exit of MNCs in the future. Against this backdrop, it is necessary to establish policy directions in response to the withdrawal of MNCs.
To this end, this research conducts case studies on the previous withdrawal of MNCs and estimates the effect of MNCs’ actitivies on the domestic firms in Korea. In particular, we study four cases of the withdrawal that has negatively affected the economies of the host countries - ① withdrawal of Carrefour in Korea ② GM’s Gunsan plant closure ③ Michelin’s Otta plant closure in Japan ④ GM Holden’s plant closure in Australia. The MNCs decided to shut down their plants in response to either deterioration in profitability or changes in the corporations’ management strategy. Despite the government’s efforts to prevent the closures of plants, the gap in the bargaining power between the MNCs and the governments of the host countries was also evident. Rather than withdrawing completely, however, MNCs have maintained logistics departments and R&D departments such as design centers in line with the industrial competitiveness of the host countries.
Meanwhile, job loss is one of the central concerns in all of our case studies. Unlike large corporations and capitalists who can diversify their investments between regions and industries, workers and small business owners are more sensitive to the impact of the MNC withdrawal because they are more subject to the restrictions on movement between regions and industries. In addition, the labor market rigidities implemented for the purpose of supporting workers in normal times can even have a substantial effect on the labor market when MNCs close their plants. If the withdrawing MNCs were able to gradually reduce the level of employment as profitability deteriorated in advance, the closure of plants would not have a steep effect on the labor market.
As highlighted in Chapter 4, the activities of foreign-invested firms are positively correlated with the employment of domestic firms. In particular, the domestic firms in upstream industries were significantly affected. In light of the recent restructuring of GM Korea and concerns about the production cliff of Renault Samsung Motors, our estimation results highlight the potentially substantial effects of the MNC withdrawal from the comprehensive machinery industry. For example, there could be a negative impact on the employment of domestic small and medium-sized firms in the upstream industries that supply parts to the automobile corporations.
In the long run, it is important to strengthen industrial competitiveness in response to the entry and exit of MNCs, thereby enhancing the growth engine of our economy. Moreover, our case studies and empirical analysis also suggest the implementation of more aggressive fiscal support and assistance programs for rapid sectoral and employment adjustment through re-education, re- employment, and technology development for workers and mid- and small-sized firms in the related industries and the local communities. Among others, our proposed policy measures are a more comprehensive adjustment assistance programs as in the case of the EU’s European Globalization Adjustment Fund and the purchase of goods through a procurement market to strengthen the regional economy after the withdrawal of MNCs. In addition, the Korean government should strengthen policy measures to make sure that MNCs agree to the terms and conditions imposed on an agreement that must be satisfied to receive FDI incentives and benefits. To do that, the upward legislation of the refund regulation on cash aid to promote foreign investment should be implemented.