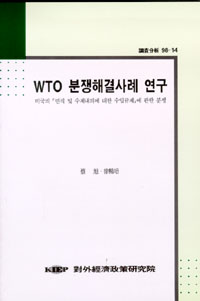 1. Claims at the Panel Stage

On March 27, 1995, a formal complaint was made to the Dispute Settlement Body (DSB) of the World Trade Organization (WTO) by Costa Rica over the restriction of imports of cotton and man-made fibre underwear imposed by the United States. A panel was established by the DSB on March 5, 1996 accordingly to the complaint made by Costa Rica on February 22, 1996, that the import restriction measures imposed by the United States on textiles from Costa Rica were in violation of the Agreement on Textiles and Clothing (ATC).

The panel concluded that the import restriction measures imposed by the United States was not valid, with the final report of the panel being circulated to WTO members on November 8, 1996. In an appeal by Costa Rica to the Appellate Body on one aspect of the Panel's conclusion supporting the United States' backdating of the effectivity of its transitional safeguard measure, the Appellate Body ruled in favor of Costa Rica on that particular point. The report of the Appllate Body was circulated to WTO members on February 10, 1997 and adopted by the DSB on February 25, 1997. In a DSB meeting held on April 10, 1997, the United States announced that it has ended the measures subject to the dispute as of March 27, 1997 and since has not reinstated the measures.

The major point at issue in the dispute can be classified into 5 categories:
On the standard of review, Costa Rica requested the Panel, based on the general principles of GATT rules and the provisions of the DSU, to undertake an analysis and monitor the following five aspects: compliance with the procedural rules; proper establishment of the facts; objective and impartial evaluation of the facts in the light of the rules of the ATC; proper exercise of discretion in interpretation of the rules; and compliance with the rules. However, the United States argued that the standard of review of the "fur felt hat" case should be applied equally to the pending case and should, accordingly, be based on whether a safeguard action was properly taken at the time that the decision was made.
On the burden of proof, while Costa Rica emphasized that the burden of proof in a dispute settlement proceeding under the DSU for the purpose of determining the consistency of a import restriction measure with Article 6 of the ATC fell upon the importing Member, the United States argued that the burden of proof fell upon Costa Rica.

On Article 6 of the ATC, Costa Rica argued that the United States had failed to comply with the two principles applicable to the adoption of a safeguard measure under Article 6 of the ATC, establishing the sparing application of the transitional safeguard, and the consistent application of the transitional safeguard with the provisions of Article 6.1 of the ATC and the effective implementation of the integration process under the ATC. On the other hand, the United States argued that Article 6 of the ATC did not include more detailed procedures for investigation, nor did it provide more specific definitions to interpret the standard of law to applied and thus the appropriate standard ot apply to the importing country's determination was a standard of reasonableness.

On the existence of a causal link, Costa Rica claimed that since the United States failed to demonstrate the existence of a causal link between the supposed increase in imports and the supposed serious damage or actual threat of serious damage to the domestic industry, the United States consequently violated Articles 6.2 of the ATC. However, the United States stressed that export restraint settlements with other countries were not within the Panel's terms of reference and thus was not a matter to be considered by the Panel. They argued that the restraint on Costa Rican underwear was imposed in a broader context.

2. Panel Findings
In regard to the major points of issue in the textile dispute between Costa Rica and the United States, the Panel made the following findings:

(ⅰ) the United States violated its obligations under Article 6.2 and 6.4 of the ATC by imposing a restriction on Costa Rican exports without having demonstrated that serious damage of actual threat thereof was caused by such imports to the United States' domestic industry;

(ⅱ) the United States violated its obligations under Article 6.6(d) of the ATC by not granting the more favorable treatment to Costa Rican re-imports contemplated by that sub-paragraph;

3. Claims at the Appeals Stage
On November 11, 1996, Costa Rica notified the DSB of the WTO of its decision to appeal certain issues of law covered in the Panel Report and legal interpretations developed by the Panel, pursuant to paragraph 4 of Article 16 of the DSU, and filed a Notice of Appeal with the Appellate Body, pursuant to Rule 20 of the Working Procedures for Appellate Review. Costa Rica's appeal only concerned the Panel's finding recognizing backdating the effectivity of United State's transitional safeguard measure and the Panel's legal interpretation recognizing the imposition of a backdated quota by such a safeguard measure. The United States, on the other hand, argued that a transitional safeguard measure was imposed on Costa Rica pursuant to Article 6.10 of the ATC, stressing that no provisions of the ATC or of the GATT prohibits the setting as the initial date of a transitional safeguard measure of the date of the public notice announcing the request for consultations.

4. Appellate Body's Findings
With regard to the issues raised in the appeal, the Appellate Body found that the Panel erred in law on the issue relating to the setting of the initial date of the transitional safeguard measure. In addition, it concluded that the Panel went outside the limits of the ATC by taking its assumed premise literally that Article 6.10 is "silent about the initial date from which the restraint period should be conducted" and describing the issue as "a technical question regarding the opening date of a quota period". However, the Appellate Body's conclusion leaves intact the conclusions of the Panel that were not the subject of appeal. Therefore, the Appellate Body recommended that the DSB request the United States to bring its measure restricting Costa Rican exports of cotton and man-made fibre underwear into conformity with its obligations under the ATC.

5. Implications
The dispute provides standards and guidelines on various legal and economic issues for future disputes. In addition, it provides various implications for developing countries in utilizing the WTO dispute settlement procedure by affirming the effectiveness and credibility of the procedure.
As a legal issue, the Panel's findings clearly prohibits retroactive application of the effectivity of a safeguard measure and reaffirms the need to prove the existence of increase in imports and serious damage or actual threat thereof prior to imposing a transitional safeguard measure. Also, the findings and conclusions in this dispute has become a precedent case which stresses the importance of Article Ⅲ: 2 of the GATT 1994 in order to apply an appropriate legal analysis.

With respect to the economic aspects, an importing country must render Most-Favored Nations treatment to the re-imported products, while providing a clear standard of review in showing damage to the domestic industry. Moreover, Article 6.2 of the ATC provides that an importing country must not only provide proof of burdenin determining serious damage or actual threat thereof, but also demonstrate the existence of a causal link between the supposed increase in imports and the supposed serious damage or actual threat of serious damage to the domestic industry.
서 언