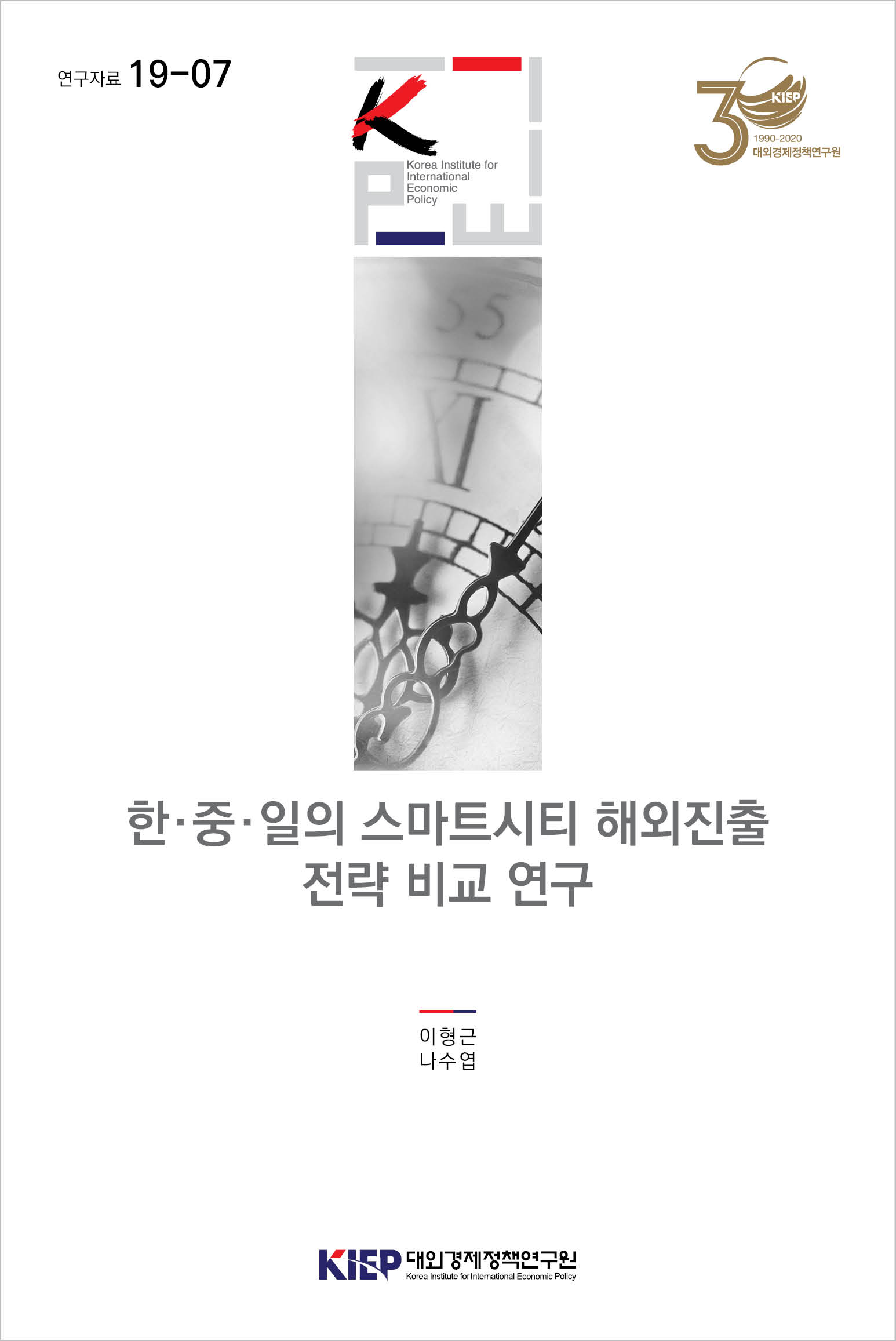 This study aims to propose policy implications by comparing and analyzing the smart city policies, overseas strategies and major cases of China and Japan, Korea’s competitors in the overseas smart city market.
Upon careful comparison of the policies and cases for overseas smart city market in Korea, China, and Japan (CJK), the following conclusions were found.
First, when it comes to promoting the overseas smart city market, Korea directly supports companies by providing activation policies in overseas smart markets, while China supports the overseas advancement of smart city projects through the Belt and Road Initiative (BRI) and Japan promotes its policy of exporting infrastructure systems. Second, in terms of government policy support, all three countries are actively promoting inter-governmental cooperative projects and strengthening financial support for investment and ODA linkages for firms advancing into the sector, etc. In particular, Japan provides an important lesson by linking ODA use to the discovery of smart city projects, not just financial support. Third, with regard to the major cases of overseas expansion, the governments are actively promoting G2G cooperation projects, and one notable strategy is that China and Japan are jointly entering the smart city market of third countries. As we can expect for Korea, China and Japan to continue their active advancement into the smart city market, focused on developing economies such as ASEAN, competition among the three countries will continue to elevate within the region. Therefore, it could prove an important countermeasure for CJK to jointly enter into third countries by taking advantage of their respective competitive advantages.
Our corporate case studies indicate that all three countries are making inroads into developing countries, including Asia, and smart solutions are the major areas. In addition, while China and Japan are making inroads into overseas smart city markets, mainly led by large companies, Korea is relatively active in the advancement of small and medium-sized enterprises (SMEs) in addition to its large corporations. In this regard, it is necessary to further expand overseas entry of Korean SMEs with technological capabilities through the discovery of various business models for mutual entry of large and medium enterprises. The case of Chinese Alibaba’s entry into Malaysia is based on its high technological competitiveness secured by participating in various domestic smart city projects. This suggests the importance of creating innovative ecosystems such as developing smart cities in Korea and identifying sustainable profit business models. Lastly, Japanese companies Matsushita and Hitachi recently established a joint venture with Chinese companies to enter into the Xiongan New Area  smart city, a project designated by the Chinese government as a key project. Korean companies should also pay attention to the Xiongan New Area project, as it has the potential to affect all future Chinese city projects.
The policy implications of this study are to suggest the following policy tasks for the promotion of overseas smart city advancement and the development of smart city projects within Korea. First, in order to activate Korean companies’ overseas expansion into smart cities, it will be necessary to build a Korean-type smart city model that generates visible results. Second, it will be imperative to collect detailed and comprehensive information on overseas smart cities. Third, it is necessary to consider joint entry into the smart city market of third countries through cooperation with China and Japan. Fourth, the government and enterprises should make efforts to create and expand business models for domestic smart cities in order to promote overseas expansion. Fifth, smart city-related legislation should be revised to supplement policies related to changes in the stage of development of smart cities in Korea. Sixth, it is necessary to prepare the institutional grounds to utilize and distribute data in the field and to train data analysis experts.