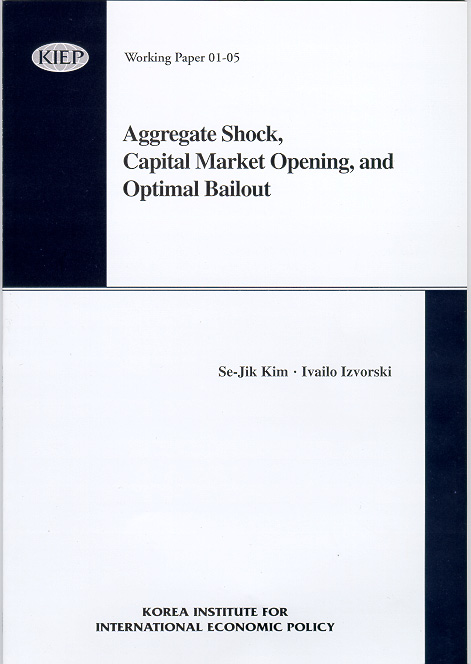 이 논문은 부도기업들에 대한 최적구제금융이 경기가 호황기인지 침체기인지에 따라 어떻게 달라져야 하는지, 그리고 자본시장개방에 의해 어떻게 영향을 받는지를 분석하는 모형을 제시한다. (생략)
This paper explores the joint effect of aggregate productivity shocks and capital market liberalization on the optimal bailout (or liquidation) policy of banks towards defaulted borrowers. It suggests that in bad times both good and bad firms default on their obligations, it is harder for the bank to distinguish between the two and therefore it is less costly to bail out defaulted firms. Therefore, the optimal liquidation rate in a closed economy may be substantially lower in recessions than in booms. In an economy with open capital markets, however, the corporate rate of return has to be raised at least up to the world rate of interest by improving the composition of the corporate sector through higher liquidation in order to prevent an outflow of capital and the subsequent financial crisis. As a result, the optimal liquidation rate (bailout rate) during recessions may be much higher (lower) in an economy with liberalized capital markets than in a closed economy. The model in this paper explains why liquidation rates of defaulted firms have risen significantly and structural reform to facilitate more liquidation has been pursued after the financial crisis in those East Asian countries with more liberalized capital markets.
Executive Summary