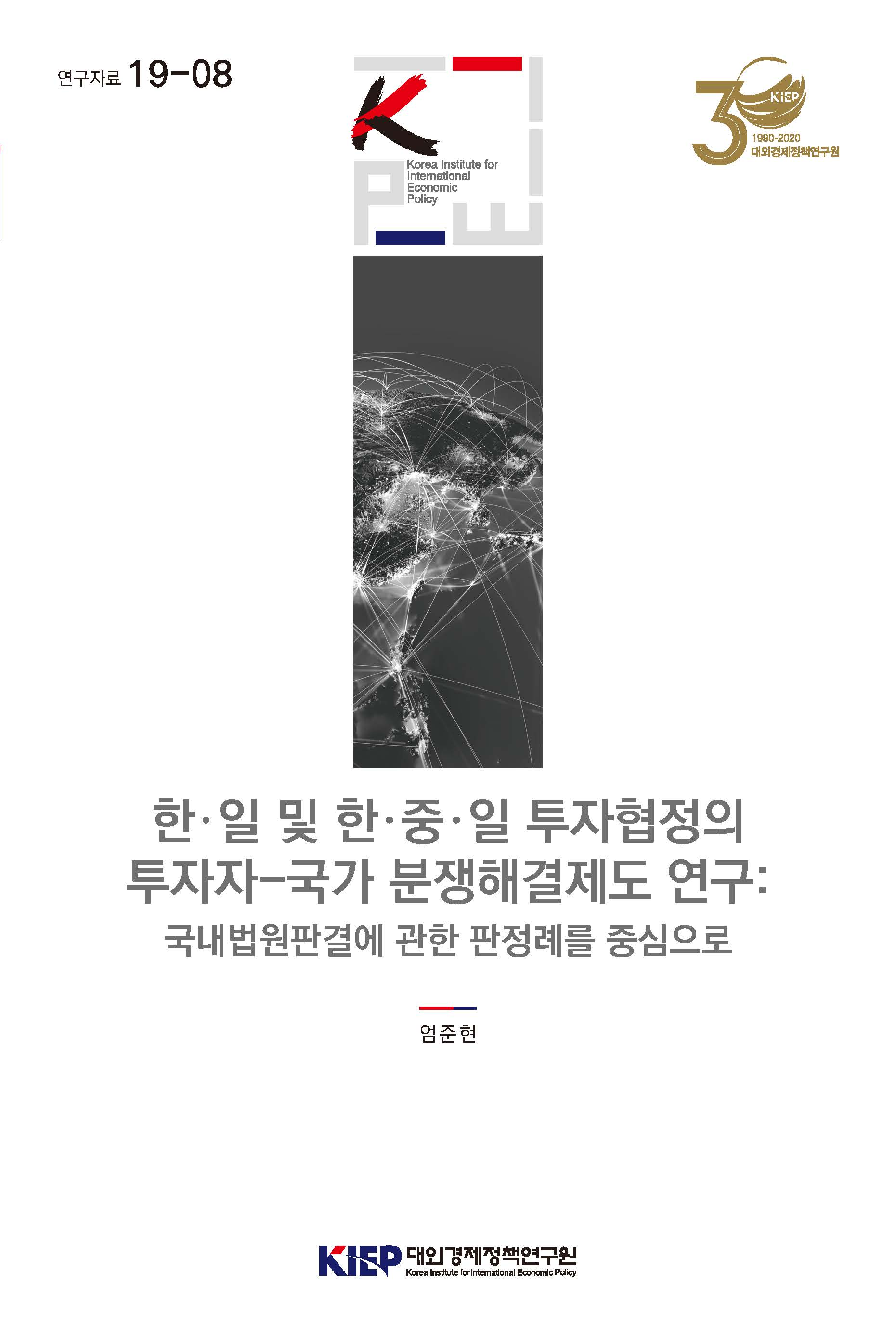 The Korean Supreme Court delivered a ruling on October 30, 2018, recognizing Japanese corporate liability for victims of forced labor. Since then, some assets belonging to these Japanese companies have been foreclosed. There was a news article reporting the possibility that the Japanese companies in question could file an investor-state dispute against Korea for arbitration. Although it is unlikely that Japanese companies will actually file for international investment arbitration, analyzing the prospective issues and reviewing relevant judgments can provide important reference points during the course of Korea's negotiations with Japan.
The total number of investor-state disputes has continued to increase since 1987, with a cumulative total of 942 cases as of January 1, 2019. In the past, Japanese investors were not active in applying for arbitration compared to their overseas investment. Since 2015, however, Japanese investors have brought a case to the international investment arbitration every year until 2018.
Against this background, this study analyzed the ISDS provisions within the Korea-Japan Bilateral Investment Treaty (BIT) and Korea-China-Japan Trilateral Investment Treaty (TIT), which constitute the grounds for Japanese companies to submit investor-state disputes to arbitration. Our analysis shows that Korea-Japan BIT, which entered into force in 2003, is less detailed than the Korea-China-Japan TIT, which entered into force in 2014. Unlike the Korea-China-Japan TIT, there is no provision preventing MFN articles from being applied to the ISDS articles, no criteria for determining the fair and equitable treatment (FET) standard, nor are there any detailed criteria for judging indirect expropriation. However, there is an explicit provision in the Korea-China-Japan TIT that investors can put forth claims based on what they think is more favorable to them.
Thus, if an investor, a Japanese company investing in Korea chooses to apply for arbitration by selecting the Korea-Japan BIT as the applicable norm, the main issues of dispute will be: (i) whether the MFN provisions apply to ISDS regulations, (ii) whether there is a difference in FET criteria with or without mention of international law, and (iii) the detailed criteria to recognize in recognizing indirect expropriation.
Based on these identified issues, the leading awards of prominent arbitral tribunals were reviewed. Regarding the first issue, many of these cases found that the MFN provisions largely do not apply to ISDS regulations. On the second issue, notwithstanding differences in language, awards tended to converge toward demanding the same level of obligations as international law. Third, various and detailed criteria for recognizing indirect expropriation were identified in many cases. Fourth, in the case of denial of justice, a type of violation of the FET obligation, it was recognized in the cases that judicial decisions are also subject to arbitration as a measure of a Party. However, the cases show that very strict standards are required for a denial of justice claim to be established.
The implications from the analysis are as follows. First, although there are no restrictive provisions within the Korea-Japan BIT stating that the MFN regulations do not apply to ISDS regulations, it is expected that there will be no disadvantages for Korea on important issues. Second, although the Korea-Japan BIT does not specify international law as a criterion for FET obligations, the arbitral tribunal is expected to apply FET standards equivalent to international law to Korea, as in most cases. Third, in the case of the Korea-Japan BIT, which lacks detailed criteria for indirect expropriation, an implicit assurance by the government may be recognized by the arbitral tribunal. Fourth, when considering how stringent the criteria for acknowledging the denial of justice has been set in the leading cases, the possibility of the Korean Supreme Court's ruling constituting such a case may be very low without special circumstances. In the long term, it will be important for Korea to continuously refine and update the wording of its BITs.