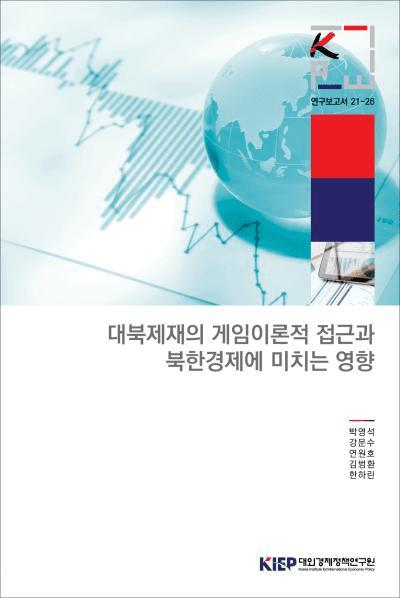 The United Nations Security Council adopted eight resolutions from 2012 to 2019, in response to the threats posed by North Korea’s tests of ballistic missiles and nuclear weapons. In this study, we first theoretically define North Korea’s political system, and then develop a dynamic game of sanctions against North Korea. Second, using satellite nighttime lights data, we empirically investigate how the ruler (regime) allocates the country’s resources to stay in power as sanctions intensify.
The political system of North Korea is defined as a suryong dictatorship, in which the dictator (supreme leader, or suryong) has the absolute power to dictate the country’s resources, including its people. The theoretical definition of the North Korean political system is based on De Mesquita et al. (2005)’s selectorate theory. In light of the selectorate theory, the North Korean regime successfully divides the country’s residents into two segregated groups, the selectorate (elites) and the non-selectorate. The North Korean regime strictly restricts migration within the country, and takes special care of the capital city, Pyongyang. The regime selectively grants the right to reside in Pyongyang. Moreover, it is well known that the regime prioritizes Pyongyang citizens’ welfare and allocates resources to them first and foremost. Acemoglu et al. (2004) define kleptocracy as a political system where the state is controlled and run for the benefit of an individual, or a small group, who use their power to transfer a large fraction of the society’s resources to themselves. They suggest the divide-and-rule strategy as a method that kleptocratic rulers use to stay in power. The divide-and-rule strategy makes it difficult for residents to obtain enough social coordination for revolution against the kleptocratic ruler. On the basis of the evidence and data, we define North Korea’s suryong dictatorship as a kleptocracy.
We present a game-theoretical model (a dynamic game) of sanctions on kleptocracy. The kleptocratic ruler stays in power by taxing divided groups of citizens and redistributing the revenues. We assume that only the selectorate can initiate a revolution against the ruler, as the citizens of the selectorate are more educated and productive than the citizens of the non-selectorate. The kleptocratic ruler possesses weapons of massive destruction (WMD). A superpower country can impose economic sanctions on the kleptocratic country to deter the ruler from developing WMDs. The model is expected to have results as follows. If the superpower country imposes economic sanctions on the kleptocratic regime, the citizens are incentivized to initiate a revolution against the kleptocratic ruler. Then the ruler will respond with taxing-and-spending (setting tax rates and amount of transfers to each group), so that he can offset the incentives of revolution against himself caused by the sanctions. Therefore, the ruler is expected to transfer a greater fraction of the country’s resources to the selectorate as sanctions intensify.
Next, we empirically test the theoretical hypothesis using satellite nighttime lights data. We use the VIIRS satellite nighttime lights data to proxy for local economic activity in North Korea in the empirical analysis. We find that an additional sanction is associated with an increase in the difference in nighttime lights between the capital city, Pyongyang, and the rest of the country by about 0.4 percent. This implies that the GDP gap between Pyongyang and the rest of the country increases by about 0.12 percent with an additional sanctions event. Manufacturing cities, mining areas, the Chinese border region, and Sinuiju become relatively brighter with an additional sanctions event. The magnitude of the estimate is particularly strong for Sinuiju. Another notable finding is the estimate on the interaction term with the nuclear development facilities areas, which suggests that the ruler diverts resources and electricity from nuclear development activities to other sectors when sanctions increase. In conclusion, the base regression results confirm the theoretical hypothesis.