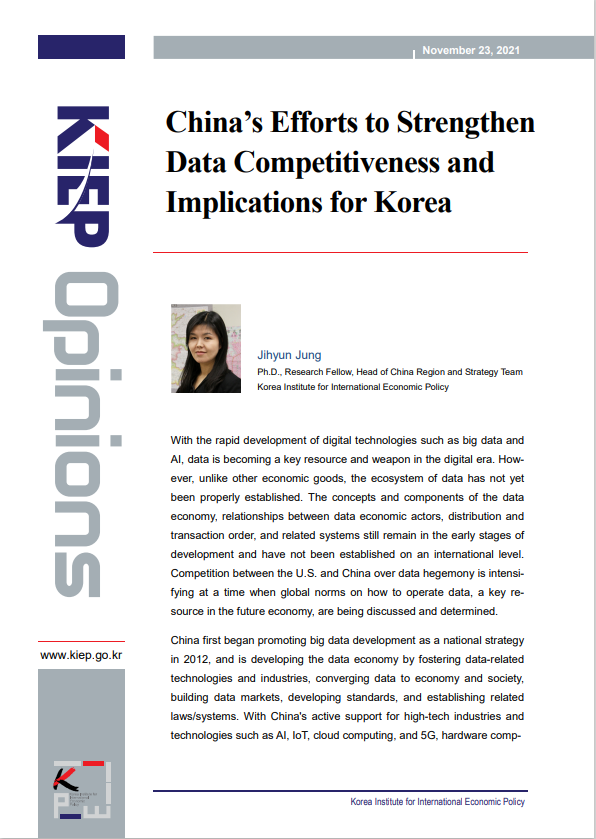 With the rapid development of digital technologies such as big data and AI, data is becoming a key resource and weapon in the digital era. However, unlike other economic goods, the eco-system of data has not yet been properly established. Competition between the U.S. and Chi-na over data hegemony is intensifying at a time when global norms on how to operate data, a key resource in the future economy, are being discussed and determined. China first began promoting big data development as a national strategy in 2012, and is de-veloping the data economy by fostering data-related technologies and industries, converging data to economy and society, building data markets, developing standards, and establishing related laws/systems. In particular, data-related laws clearly reflect China's authoritarian stance on data governance. In response, the United States regulates Chinese companies through domestic law and push-es for decoupling with China by strengthening solidarity with allies based on common security threats. While China responds by promoting its corporate competitiveness, expanding data transactions and standard development domestically and internationally, and enhancing inter-national digital cooperation. Complete decoupling with China, which generates 30% of the world's data, is difficult to realize, and a prolonged conflict between the U.S. and China is in-evitable as China adheres to authoritarian data governance. It is necessary to prepare com-prehensive and mid- to long-term countermeasures for Korea. 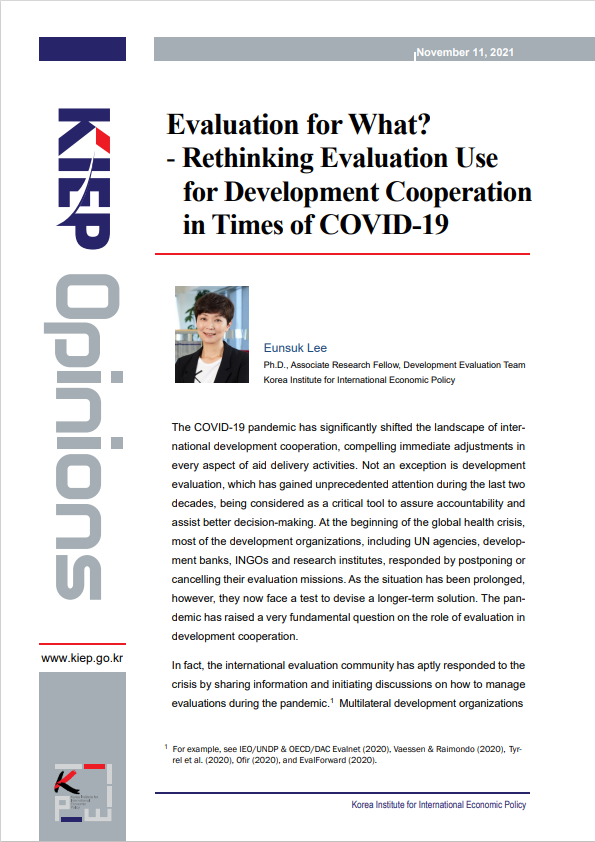 KIEP Opinion Evaluation for What? - Rethinking Evaluation Use for Development Cooperation in Times of COVID-19

The COVID-19 pandemic has significantly shifted the landscape of international development cooperation, compelling immediate adjustments in every aspect of aid delivery activities including evaluations. While the international evaluation community has aptly responded to the crisis by sharing information and initiating discussions on how to manage evaluations during COVID-19, what is rarely mentioned is for what use we should keep conducting evaluations in the time of pandemic. The methodological, conceptual, and ethical challenges evaluators face under the pandemic circumstances increase the uncertainty in providing credible and useful information, which is prerequisite for achieving evaluation objectives—evaluation use. It is time to think outside of the box and take flexible approaches on who would be the users of development evaluation and what information they want, rather than applying the conventional evaluation framework widely used in the field of development cooperation. 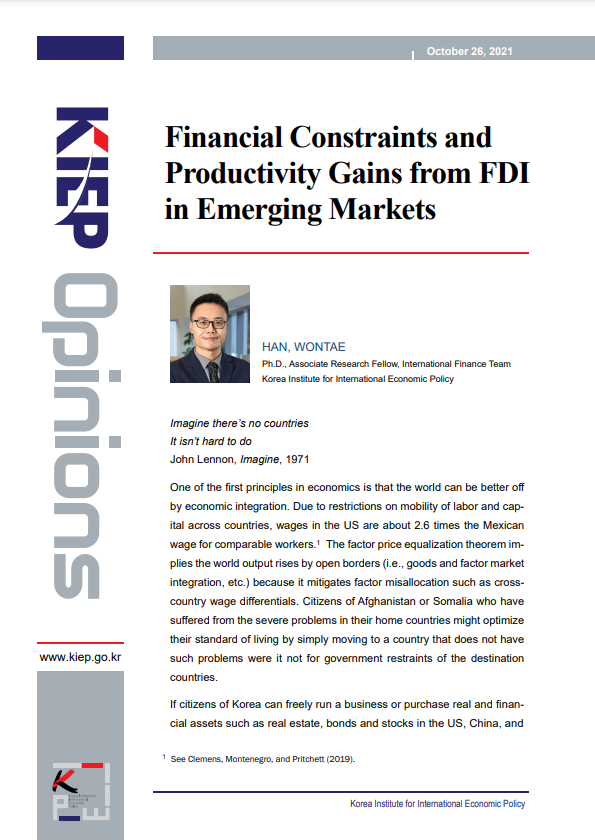 Policy makers in emerging market countries have provided fiscal and financial incentives for foreign firms to set up affiliates in their jurisdiction. One reason for preferential treatment for FDI is that the inflow of massive foreign capital with short investment horizon (i.e., hot money) has been criticized as the main culprit in historical episodes of currency and banking crises in emerging markets. Monetary and fiscal authorities use their policies to steer the composition of capital inflows toward more stable forms and naturally, FDI has been preferred to other types of capital flows. In addition, FDI is believed to have many positive effects, which include technology transfer and productivity enhancement in host countries. However, it turns out overall messages on the effect of FDI on productivity are ambiguous in many empirical studies. Due to heterogeneity across countries, it is difficult to find robust evidence that FDI has improved productivity in emerging markets. This raises the question of what intrinsic attributes in the host country matter for productivity enhancement, and recent research has focused on the quality of local financial markets. Along this line of research, this article examines the effect of financial constraints on productivity of domestic and FDI firms in China and explores its implications. 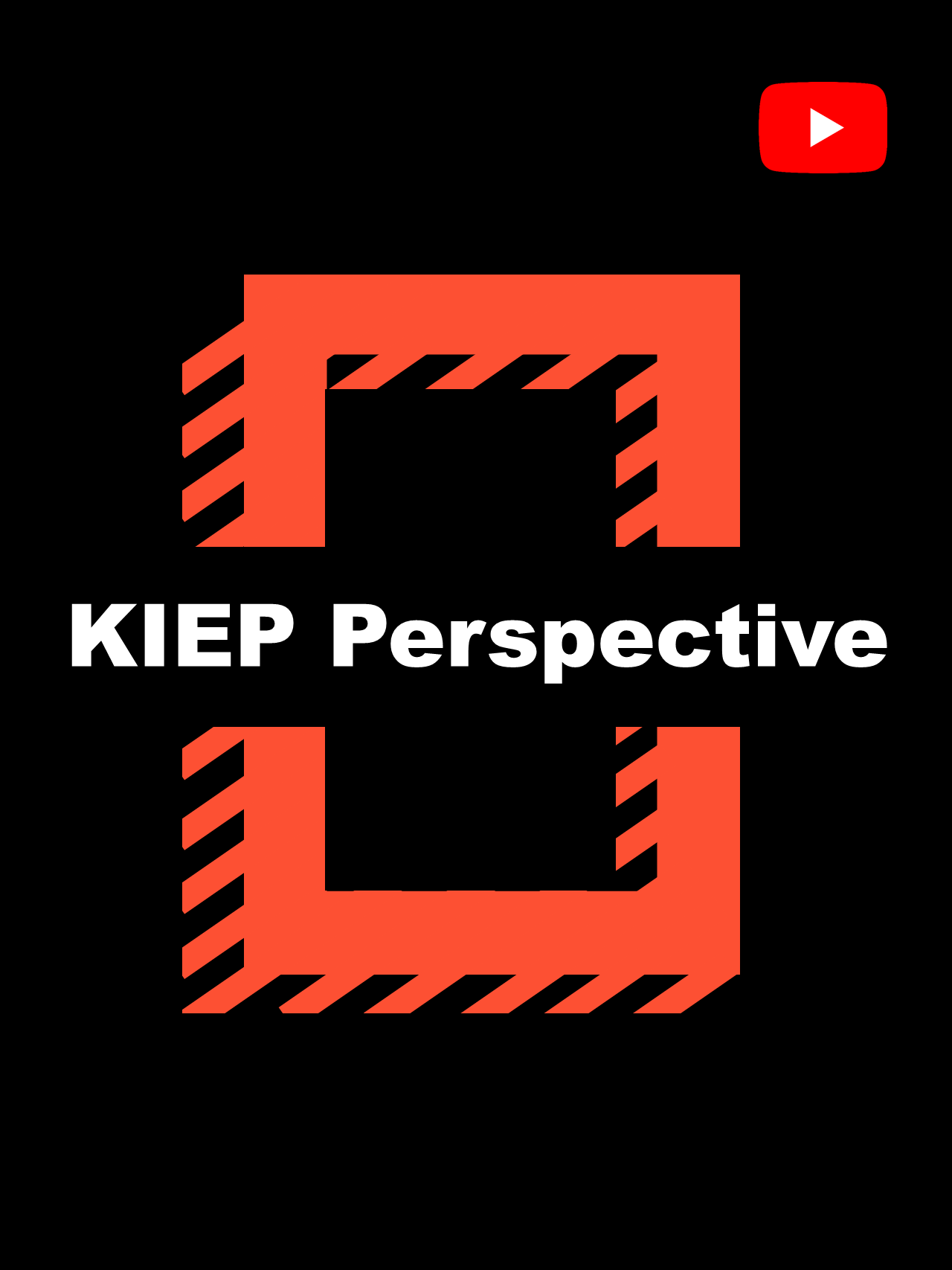 In the mid-13th century, Venice enjoyed great prosperity by practically monopolizing the supply of spices, which was a major trade item of the times. Consequently, many Western European countries sought to find other channels through which..... 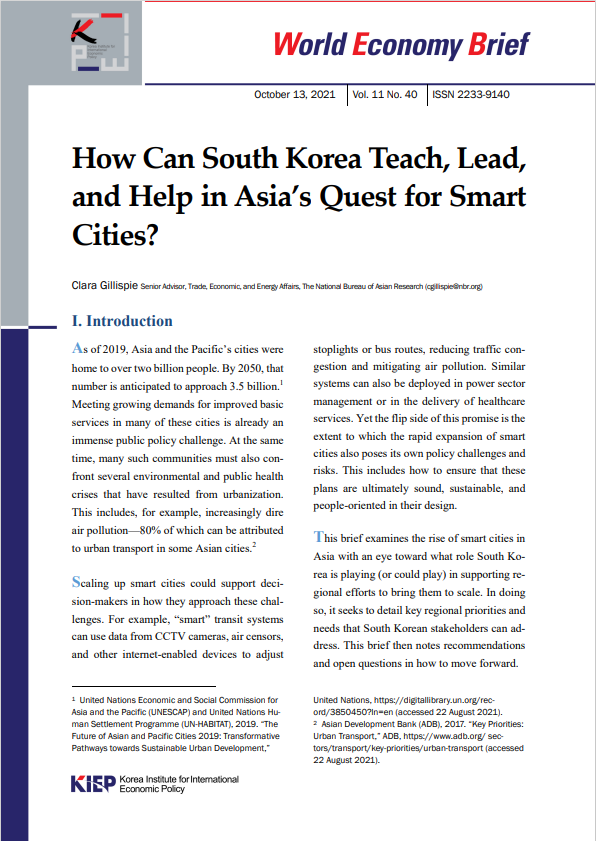 As of 2021, virtually every country in Asia has announced some plan for standing up their own smart cities, with national- and/or city-level governments launching either pilot projects or official strategies to coordinate activities and investment across different stakeholder groups. In this context, South Korea could (and does) play a positive role in how countries across the region might be able to realize these plans. This includes through not only providing direct financial, technical, and development support, but also sharing its own lessons learned and practices in promoting sustainable, secure, and inclusive smart cities. Even so, both South Korean and Asian interests could benefit from greater attention to expanding South Korea-Asia engagements and cooperative mechanisms on digital development issues, as a means of better supporting and bolstering ongoing regional priorities. 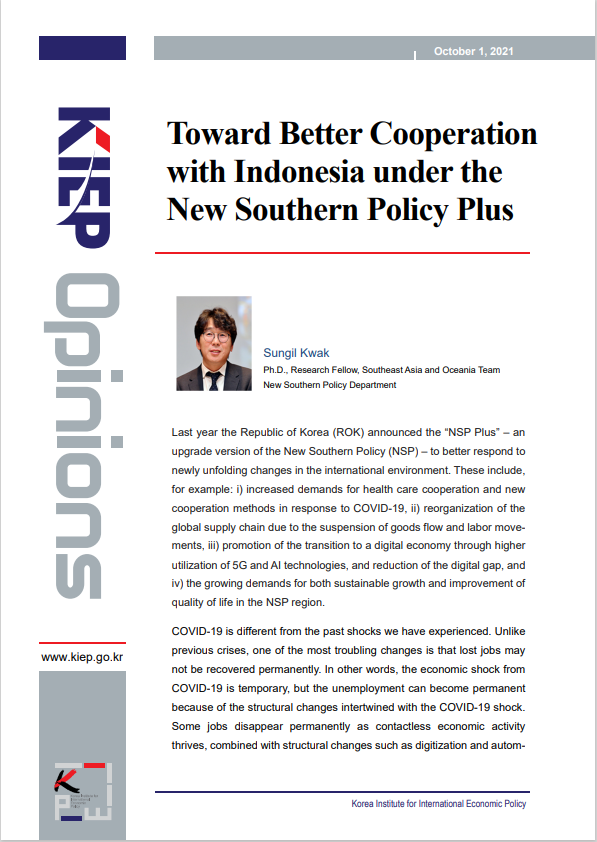 Last year the Republic of Korea (ROK) announced the “NSP Plus” – an upgrade version of the New Southern Policy (NSP) – to better respond to newly unfolding changes in the international environment. It is necessary to talk about how to promote NSP Plus with each ASEAN counterpart. COVID-19 is different from the past shocks we have experienced. Unlike previous crises, one of the most troubling changes is that lost jobs may not be recovered permanently because of the structural changes intertwined with the COVID-19 shock. The economic shock has led to massive layoffs, but the economic recovery will only create fewer jobs than before due to digital-based investment and automation. As most Southeast Asian countries, including Indonesia, serve as production bases for multinational corporations, middle-skilled and middle-wage jobs could disappear even sooner than expected. Without thorough preparation for the loss of these jobs, inequality will worsen on multiple dimensions – not only on the economic front, but in political and social terms, and so on. We need, thus, both re-skilling and up-skilling programs for the workers in a hurry. This issue is covered by one of the seven NSP Plus initiatives. Industrial advancement in Indonesia requires more high-quality human resources than simple production workers. The high-quality human resources are also an innovation engine that can avoid the so-called “middle-income trap.” In Indonesia, the ICT and healthcare sectors grew while most industries remained sluggish due to COVID-19 last year. The growth of the information and communication field is remarkable. A large number of investments by U.S. tech giants in Indonesia demonstrate the growth potential of the digital economy in Indonesia despite the spread of COVID-19. In response to this potential seen in Indonesia, the NSP Plus initiative “Cooperate in future industries for common prosperity” emphasizes cooperation in areas related to the Fourth Industrial Revolution. Since the 7 NSP Plus initiatives aim to include as much as possible the demands of ASEAN people, collected through public surveys, it seems to be good to make better cooperation with Indonesia. However, there is still a need for much closer communication to produce better outcomes while reducing the bias resulting from a limited scope of survey respondents. 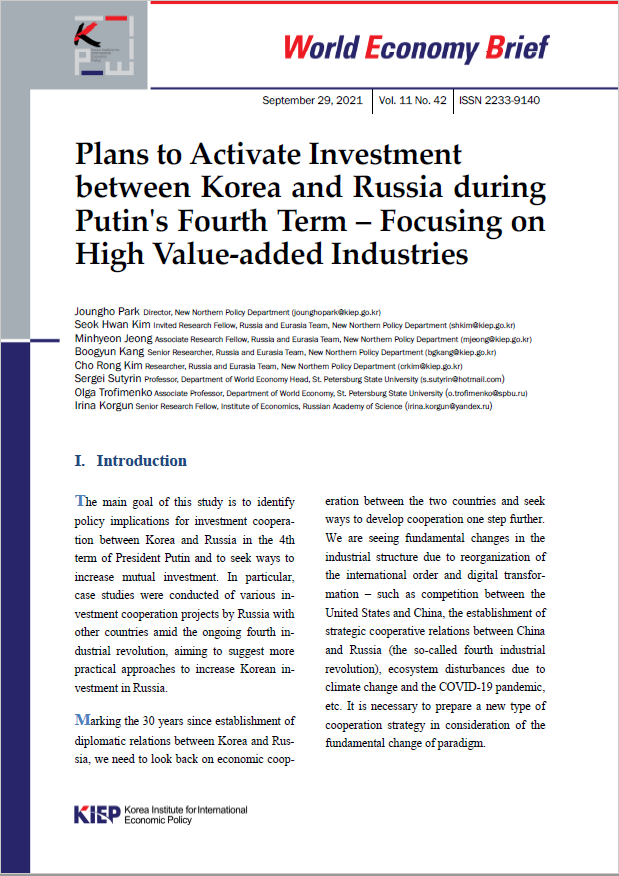 The main goal of this study is to identify policy implications for investment cooperation between Korea and Russia in the 4th term of President Putin and to seek ways to increase mutual investment. In particular, case studies were conducted of various investment cooperation projects by Russia with other countries amid the ongoing fourth industrial revolution, aiming to suggest more practical approaches to increase Korean investment in Russia. Marking the 30 years since establishment of diplomatic relations between Korea and Russia, we need to look back on economic cooperation between the two countries and seek ways to develop cooperation one step further. We are seeing fundamental changes in the industrial structure due to reorganization of the international order and digital transformation – such as competition be-tween the United States and China, the establishment of strategic cooperative relations between China and Russia (the so-called fourth industrial revolution), ecosystem disturbances due to climate change and the COVID-19 pandemic, etc. It is necessary to prepare a new type of cooperation strategy in consideration of the fundamental change of paradigm. 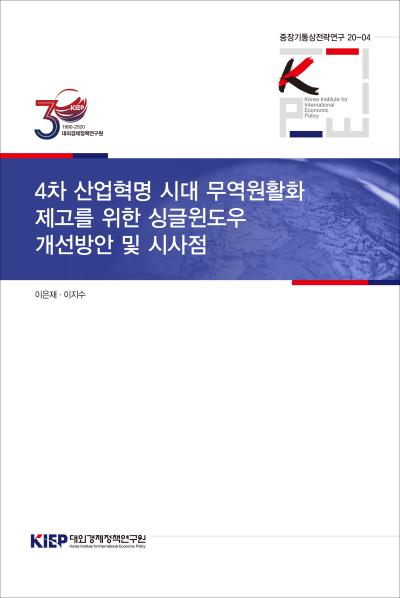 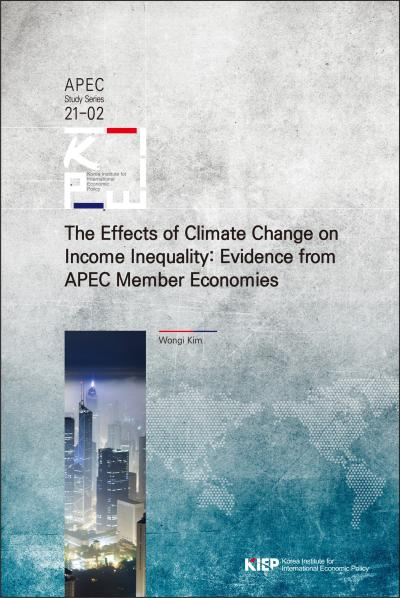 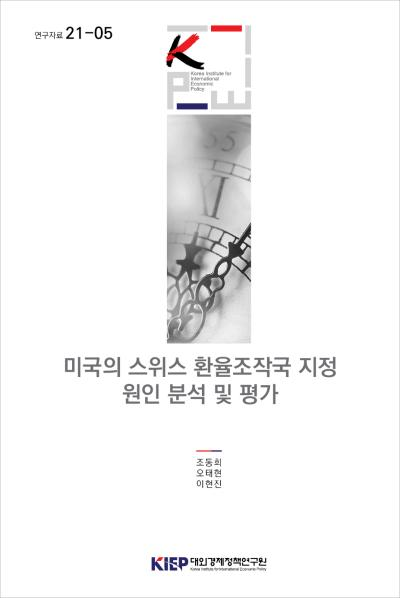 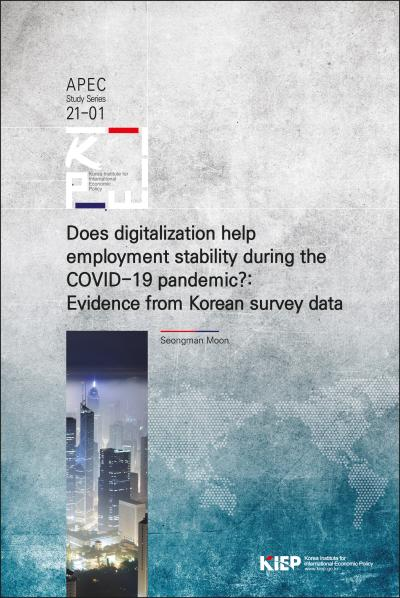 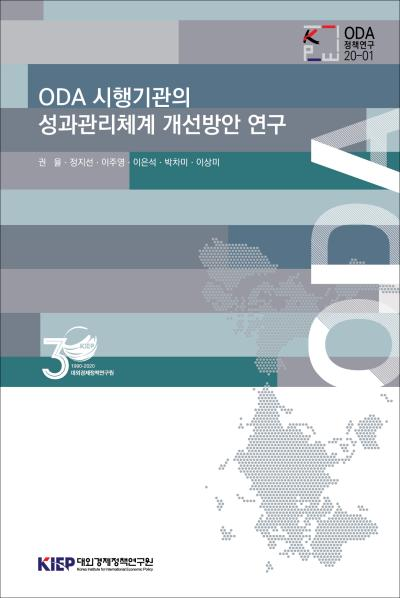 The Korea Institute for International Economic Policy (KIEP) will hold a seminar..

The Korea Institute for International Economic Policy (KIEP) together with the I.. 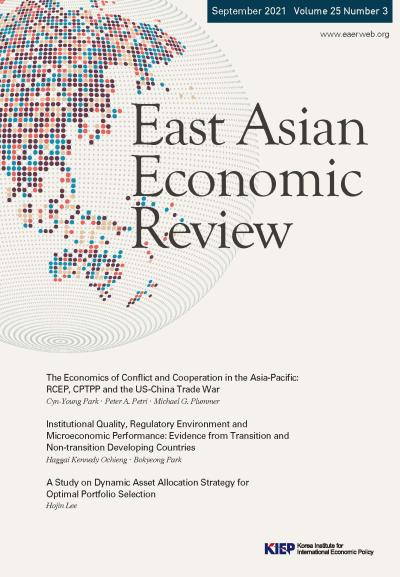 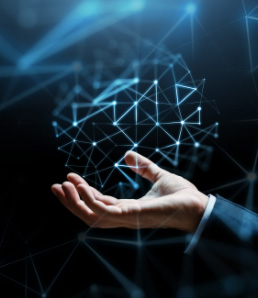 With the rapid development of digital technologies such as b..