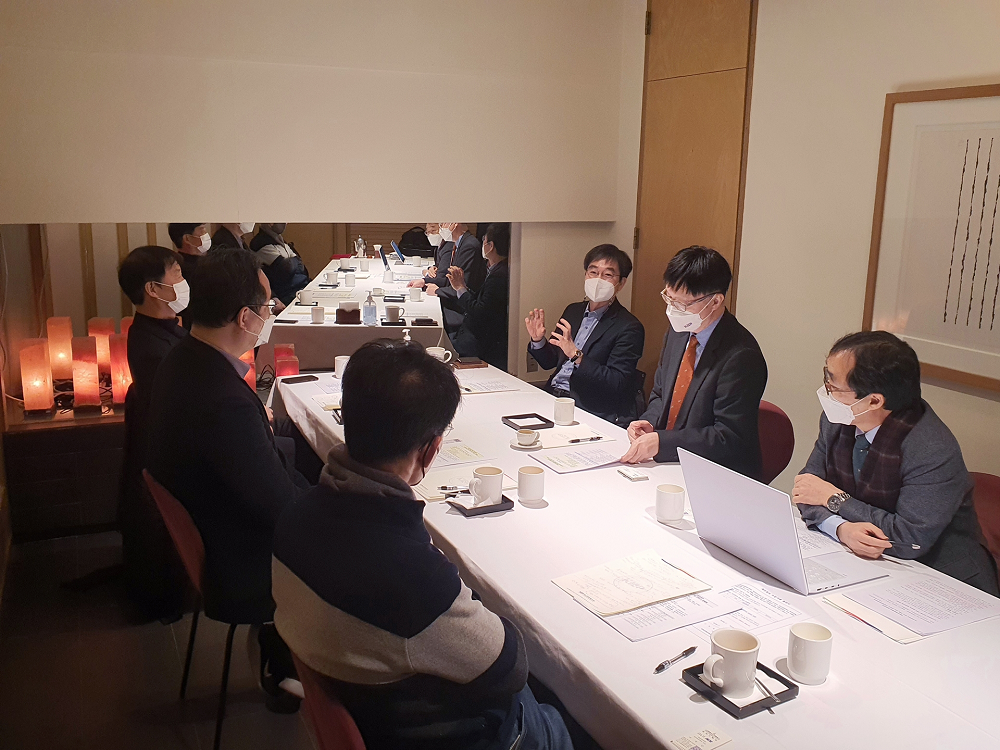 KIEP held an expert meeting on the Russo-Ukrainian crisis, at Dalgaebi in Seoul on February 25 (Friday), to examine each countries' position in the face of the current crisis and discuss prospects and implications for future events.
The meeting was urgently convened following Russia's invasion of Ukraine, elevating instability in international political situations and prompting a fundamental economic shock. In his opening remarks for the meeting, President Heungchong Kim of KIEP emphasized that a comprehensive diagnosis of the Russo-Ukrainian crisis is needed based on the positions and interests of major countries, and that the implications for the Korean Peninsula and the ripple effect on the Korean economy should be analyzed.
Adjunct Professor Seok Hwan Kim at Hankuk University of Foreign Studies, Professor Hye-Jung Lee of Chung-Ang University, Professor Jae-Kwan Kim at Chonnam National University, and Professor Seung-Geun Lee at Keimyung University, discussed the positions and strategic interests of Russia and Ukraine, respectively, and examined the implications of the current crisis.
President Heungchong Kim stressed the need to diversify inter-Korean cooperation issues and said the new government needs to expand its scope beond the issues of denuclearization and sanctions against North Korea to discover new agendas such as COVID-19 response, climate change and digital cooperation.
The meeting was held in a format that allowed both free and scheduled remarks by participants on six sub-themes. More specifically, discussions were made on the following six topics: the cause of the Russo-Ukrainian crisis and U.S.-Russia conflict; the positions and interests of major countries in regard to the Russo-Ukrainian crisis (including the significance of Ukraine within each country's national strategy); strategies and response of major countries to recognition of the Republic of Donvas and the military actions; further development of the Russo-Ukrainian crisis and future prospects (including the possibility of finding a diplomatic solution between Russia and the West); political, security-related, and economic ripple effects created by the crisis; policy implications for the Korean Peninsula regarding the Russo-Ukrainian crisis.
- Title: KIEP Holds Emergency Expert Meeting on Crisis in Ukraine
- Time: February 25th, Fridday 16:00 – 18:00
- Host: Korea Institute for International Economic Policy (KIEP)
- Contact: Boogyun Kang, Russia and Eurasia Team (bgkang@kiep.go.kr)