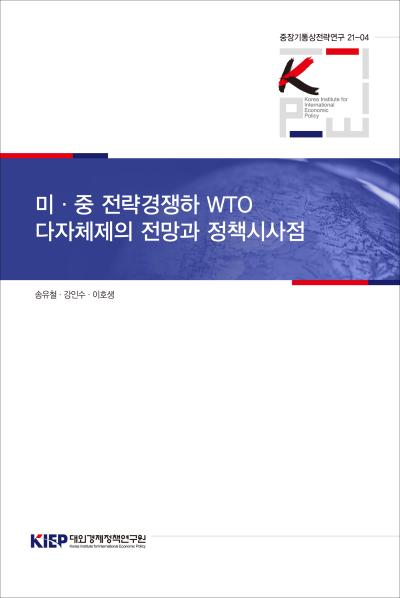 Prospects and Policy Implications of the WTO Multilateral System in Strategic Competition between the US and China Multilateral negotiations, Trade policy